Election Day result - a good one for animals and the HSLF

We knew coming into this election season that it would be a fateful one for animals, at both the state and federal levels, and that’s why the HSLF made significant commitments of endorsements, independent expenditures to support or oppose candidates, and grassroots efforts in races throughout the nation. It was worth it, as we sent several anti-animal legislators packing, saw the election and reelection of a number of strong allies, and helped pass ballot measures of immense importance in Florida and California. 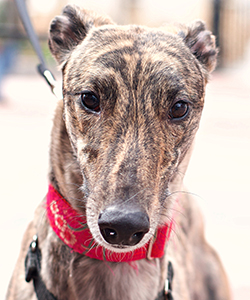 One of the candidates we helped to defeat was U.S. Rep. Pete Sessions (R-Texas) who in the course of his career voted against animal protection interests 40 times. As Chair of the House Rules Committee, Sessions worked to prevent commonsense, bipartisan measures from reaching the floor for a vote. That’s why we went all in with Colin Allred, who won the race by a margin of 6.3 percent. HSLF placed television and digital ads to contrast Allred’s commitment to animal protection with Sessions’ lengthy record of opposition at every turn.

This was our kind of race and our kind of outcome. We helped to replace a stubborn opponent of our work with a candidate we’re confident will do his best for animals.

HSLF also canvassed more than 38,000 households in CA-48 and CA-49, districts held by representatives who were way out of step with their constituents when it came to animal protection. While we await final results, it appears likely that Harley Rouda (D-Calif.) will defeat Rep. Dana Rohrabacher (R-Calif.) who recently voted against enforcing animal fighting prohibitions in the U.S. territories, and that Mike Levin (D-Calif.) will take the seat formerly held by Rep. Darrell Issa (R-Calif.).

We also played a critical role in the approval of two consequential state ballot measures. Florida citizens overwhelmingly voted to end greyhound racing, a miserable “entertainment” in which dogs suffer broken bones and deaths on the tracks. This was a big win because Florida is home to 11 of the remaining 17 greyhound racing tracks in the country. As a constitutional amendment, the measure required a threshold of 60% of the vote—it received nearly 69% in the end. We were proud to work with the HSUS, the Doris Day Animal League, Grey2K, and a number of coalition partners to sound the death knell for greyhound racing in the United States; no industry that inflicts so much pain, suffering, and death on thousands of gentle greyhound dogs deserves to survive.

Across the country, Californians resoundingly said “YES!” to Proposition 12, which ushers in the strongest farm animal protection law in the world. Proposition 12 builds on protections first passed by voters in 2008, to ensure that pork, eggs, and veal products produced or sold in the California marketplace come from facilities that do not confine animals in tiny cages for their entire lives. This is the fifth consecutive ballot initiative win on farm animal confinement issues since 2002, and promises to improve the lives of millions of animals. The measure will create immediate relief for millions of animals and bring more pressure on the pork and egg industries to accelerate their transitions to cage-free and crate-free housing systems. California voters saw through the false claims of the factory farming industry, and sided with compassionate and commonsense standards to protect farm animals and food safety.

With results still coming in, we cannot report in full on every race of interest to our supporters, but what we know so far is pretty good. HSLF-endorsed U.S. House candidates won 219 and lost 16 races, for a 93 percent win rate, with 14 additional races not yet called. In the U.S. Senate, HSLF-backed contenders won 16 races and lost 3, for an 84 percent win rate.

In other House races of interest, we worked to re-elect allies like Rep. Brian Fitzpatrick (R-Pa.), the lead sponsor of the Puppy Protection Act (H.R. 4693) and Welfare of Our Friends Act (H.R. 4691), and Reps. Earl Blumenauer (D-Ore.) and Vern Buchanan (R-Fla), co-chairs of the Congressional Animal Protection Caucus.

But the real story in the Congress concerns the many new faces we’ll welcome, including Susan Wild (D-Pa.), Susie Lee (D-Nev.), Lance Gooden (R-Texas), Guy Reschenthaler (R-Pa.), and Steven Horsford (D-Nev.) who defeated Cresent Hardy, who previously had a zero record on animal protection. HSLF targeted all of these races in its work, and these are great outcomes for animal protection.

Unfortunately, some key House allies lost their races including Rep. Peter Roskam (R-IL), sponsor of the Parity in Animal Cruelty Enforcement Act (H.R. 4202) to ensure that federal animal fighting laws are applied to the U.S. territories. Roskam successfully championed the measure as an amendment to the Farm Bill which passed by a vote of 359-51. Rep. Carlos Curbelo (R-FL), a consistent supporter of animal protection and co-chair of the House Climate Change Caucus, also lost.

In the Senate, we saw several strong allies reelected, including Sen, Debbie Stabenow (D-Mich.), ranking member of the Senate Agriculture Committee who has fought off the frivolous King amendment in the Farm Bill while protecting the pro-animal measures it included, the Pet and Women Safety Act (H.R. 909/S. 322), the Dog and Cat Meat Prohibition Act (H.R. 1406), and the Parity in Animal Cruelty Enforcement Act (H.R. 4202/ S. 2971). Sen. Martin Heinrich (D-N.M.), a stalwart in our fight against cruel hunting practices on federal lands in Alaska, won his race too, by 23 percent.

We were active in a number of critical state-level races as well. HSLF was heavily involved in Michigan supporting the election of Gretchen Whitmer (D) for governor and Dana Nessel (D) for attorney general. Whitmer has a strong record of animal protection from her service in the state legislature, including votes to uphold the protections for wolves and other wildlife species, so her victory is great news. Nessel will become just the second attorney general to create a dedicated task force to assist prosecutors in cracking down on animal cruelty.

Several important races have yet to be called, so please check back in with our election site as we will be updating as results are announced.

At the HSLF, we put the animal into politics. This year, we endorsed a record number of candidates, and in crucial instances, we put our money and our energy behind them. And so many of you did, too. If  you voted or volunteered for one of these men and women, thank you. If you sent funds in support of our work to elect them, or made contributions yourself, we appreciate it. We wanted to swing for the fences this time around, and because of you, we were able to do it.