Election Day is here – see what’s at stake for animals

Election Day is special for those who care about animals, because it’s the one day on which we can directly shape the future for animal protection by electing those who share our humane values. It’s just that important. If you haven’t already voted, today is your last chance. You can identify your polling place at www.vote.org. 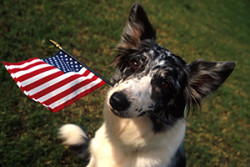 But we’d also like to invite you to check out our election site and Humane Scorecard to read about the candidates we believe will do good things for animals.

A few races in particular have tremendous implications for the animal protection landscape at the federal and state levels. For example:

Here are some of the other candidates we’re supporting:

Voters in California and Florida have a particular opportunity to drive positive change for animals in this election cycle with their support for two remarkable ballot measures.

Should you be a resident of either of these two states, or have family members and friends to whom you can reach out, we really want to encourage your advocacy today.

If you’re a supporter of the Humane Society Legislative Fund, you know that your investment means that we’re working hard in the nation’s capital every day, making the case for animals in the Congress and with the agencies of our federal government. And you play a crucial part in any success we achieve by writing and calling legislators and government administrators on your own.

That said, Election Day represents a distinctive opportunity to reshape the world consistent with our animal protection values. Please do get to the polls, and cast your vote in a way that makes a difference for animals. We also invite you to share our election site with friends and family, and follow us on Facebook and Twitter for updates as each race is called.