Court gives Joe Exotic’s zoo to Carole Baskin of Big Cat Rescue; but no reprieve for the animals

In yet another twist in the continuing saga of Joe Exotic, a court has awarded his roadside zoo in Wynnewood, Oklahoma, to the leader of a big cat sanctuary whom he once hired a hitman to kill.

A federal judge on Monday gave the GW Exotics zoo—the site where Joe Exotic abused and exploited big cats and other animals for decades and the subject of an HSUS undercover investigation—to Carole Baskin’s Big Cat Rescue. The ruling ended a seven-year legal battle over trademark infringement that played out in public, on the internet and most recently in a Netflix series, Tiger King. In 2013, Joe Exotic (a.k.a. Joseph Maldonado-Passage) was ordered to pay Baskin $1 million after he used the Big Cat Rescue’s name and logo to promote his own zoo. In 2017, he hired a hitman for $3,000 to kill Baskin. He was arrested, convicted, and sentenced to 22 years in prison in 2019 for that crime and for killing five tigers in his care.

Yesterday’s ruling gives Baskin control of Joe Exotic’s property, including its buildings and some vehicles. But it does not mean a better life for the zoo’s animals: Jeff Lowe, another roadside zoo owner who took over GW Exotics before Joe Exotic went to prison, will keep the animals, including an estimated 80 big cats and other wild animals. Lowe has said he intends to move them to a new property in Thackerville, Oklahoma, where he likely will cash in by offering cubs for petting to visitors at a nearby casino.

Lowe is cast from the same mold as Joe Exotic. He breeds big cats, uses cubs for public handling, and trades animals to substandard facilities. Lowe has numerous citations for violations of the federal Animal Welfare Act, and the U.S. Department of Agriculture currently has an open investigation on him.

In 2017, Lowe was offering photo ops with a lemur and two thin, sickly big cat cubs in Las Vegas when Nevada authorities confiscated the animals. In 2015, Lowe was run out of Beaufort, South Carolina, when officials passed an emergency ordinance to curtail his display of big cats at a flea market. In 2015, after arresting Lowe for domestic assault, a Colorado sheriff’s office had to find placement for a lion cub found at Lowe’s home.

How unfit Lowe is to be in charge of an operation with big cats was made even more obvious recently when he reopened GW Exotics to the public in the midst of the coronavirus crisis, even allowing visitors to pet and hold tiger cubs. And Lowe continues to advertise big cat “playtime” at the zoo despite the fact that tigers have tested positive for the novel coronavirus. On May 14, the U.S. Department of Agriculture advised zoos with big cats that hands-on encounters with nondomestic cats should be suspended until it can be assured that members of the public do not pose an infection risk to the animals. The animals themselves could pose a risk to humans coming in direct contact with their fur, which could act as a vehicle for transmission, the USDA warned.

Given Lowe’s terrible history with big cats, we have reason to worry that the animals from GW Exotics will now face additional suffering and abuse under his care. That is unacceptable. These animals have suffered for far too long already, and they deserve to live out the rest of their days in peace.

People like Joe Exotic and Jeff Lowe are able to exploit big cats so blatantly in Oklahoma because the state is one of only five that do not have laws or regulations regarding the private possession of big cats and many other dangerous wild animals. This is the case even though three people have been killed by big cats kept in Oklahoma’s roadside zoos, and several children have been injured during close encounters with big cat cubs.

A fitting end to the whole miserable story would be for Jeff Lowe to get out of this business and relocate the animals to sanctuaries accredited by the Global Federation of Animal Sanctuaries. We urge Oklahoma state legislators to pass a law to ensure that only qualified facilities can keep these animals. At the federal level, we will continue to push for the passage of the Big Cat Public Safety Act now in Congress. This bill would ban the possession of big cat species like tigers and lions by individuals without a USDA license and would prohibit public contact with big cats, removing the incentive for unfit owners like Joe Exotic and Jeff Lowe to keep breeding and dumping these majestic animals. It’s an injustice that has been allowed to go on for too long, and it’s time we end it. 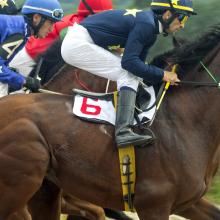 Before you vote this year, where are your federal legislators on animal…