Steve King’s (R-Iowa) cruel tenure in the U.S. Congress will finally come to an end. Yesterday, Iowa Republican voters chose Iowa State Senator Randy Feenstra to represent their party in the General Election—ensuring that Steve King will not return to Washington D.C. as a congressman in 2021. At the time we published this, Feenstra had earned 45 percent of the vote, besting King’s 36 percent. We at the Humane Society Legislative Fund could not be happier. King has been terrible for animals, to be sure.  But he’s also got an appalling record of racial insensitivity, and given all that’s happening in the country, it’s fitting that he’s been ousted by the voters.

King has spent much of his career in congress launching attacks against animal protection. A prime example was bizarre opposition to the restriction of animal fighting. In the last Congress, King voted against an amendment to the Farm Bill which sought to clarify that federal prohibitions on animal fighting apply in all U.S. jurisdictions, including U.S. territories. In 2007, King voted against the Animal Fighting Enforcement Prohibition Act, which strengthened penalties for illegal animal fighting and made it a felony to transport animals across state lines for the purpose of fighting. In 2013, King tried unsuccessfully to block legislation that made it a crime for an adult to attend or bring a child to a dogfight or cockfight.

King is also responsible for one of the worst threats to animal protection and most egregious power grabs in U.S. history. Thankfully, Congress rejected twice—in the 2014 and 2018 Farm Bills—the King amendment, or the “Protect Interstate Commerce Act,” which threatened to nullify countless state and local laws regarding animals and a range of other concerns including food safety and the environment.

As if this were not enough, King also has a history of voting against wildlife and equines. He has repeatedly voted to promote the slaughter of American horses for human consumption in foreign countries even though 80 percent of the U.S. public overwhelmingly opposes it. He’s voted for legislation that undermines the Endangered Species Act, removing critical protections for some of America’s most iconic and imperiled species, including grizzly bears and wolves.

This terrible record has made Steve King a constant focus of our election engagement efforts. Election after election, with the support of a committed membership, we have knocked on doors, made phone calls, sent letters, and aired television ads to highlight his record. In fact, King was the subject of our first political ad of the 2020 election, a spot we aired in his district.

King is an outlier who doesn’t deserve to be in the Congress. But our message in challenging his reelection is a broader one. Politicians should consider their animal welfare positions when seeking election—and they should work with animal protection advocates to strengthen their campaign platforms and their prospects. Like so many other citizens, animal protection voters are paying ever more attention. Animal welfare has made its way into the 2020 presidential debate with multiple candidates highlighting specific issue areas in their platform. Elected officials from the U.S. Capitol to city hall are being asked to address the concerns of humane minded voters—a noticeable step forward for our cause.

In this and every year, we ask our supporters to make their votes count for animals.

Please remember to update your voter registration, request an absentee ballot, and take other steps to ensure the strength of your voice and the fullest expression of your views in our democracy.

And we promise you this: you'll hear more from the Humane Society Legislative Fund about the presidential race and other races at the federal and state level in the run-up to Election Day 2020. Keep checking the blog for updates and more information. 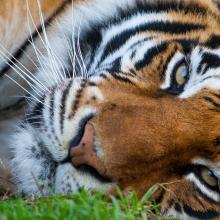 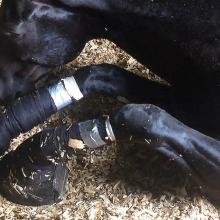