The Safari Club International chapter in Calgary has just shut down its planned auction of the first elephant hunt in Botswana in seven years, following widespread protests by animal protection organizations in Canada. While this does not represent a break for Botswana’s elephants—the outfitter organizing the hunt will still be free to auction the hunt directly to a bidder anywhere in the world—the outcome shows the rising tide of public opinion against those who pillage and plunder the world’s most endangered and threatened animals for fun.

“SCI Calgary has agreed with the outfitter for them to sell [the hunt] directly at this time instead of at the auction, and so it has been withdrawn,” the chapter of the world's largest trophy hunting group announced on its website today. The auction had a starting bid of Canadian $82,000, with the hunt expected to take place between May and November this year.

"Canadians were rightfully outraged by this auction,” said Michael Bernard, deputy director of Humane Society International/Canada, which has, along with other groups in the Ivory Free Canada Coalition, petitioned the Canadian government to ban the import, domestic sale and export of all elephant ivory, including hunting trophies. “It is so encouraging to see that most Canadians will not simply stand by while a privileged few kill an elephant for an expensive thrill," he added.

The hunt follows a decision last year by Botswana’s president Mokgweetsi E. K. Masisi to overturn his nation’s much-lauded ban on trophy hunting elephants, in place since 2014. He did this despite the fact that elephants in his country are already in a fight for their lives, with poachers increasingly targeting them for their ivory and habitat loss limiting their ranges.

In a newspaper interview, David Little, the president of the SCI Calgary chapter, compared the hunt to “a trip for two to Tahiti. It’s the same genre of (adventure travel),” he told the Calgary Herald.

But elephant trophy hunting is not a lighthearted pursuit. A recently released census found that elephant populations in African Savannah nations, including Botswana, declined by 30 percent (equal to 144,000 elephants) between 2007 and 2014, or by about 8 percent per year, primarily due to poaching. Research shows that legal trophy hunting drives up the demand for elephant ivory and therefore poaching, and has serious consequences on elephant reproduction. That’s why we have made ending trophy hunting a priority at HSLF, HSUS, and our affiliates.

Here in the United States, elephant conservation took a giant step backward under the Trump administration in 2017, when the government reversed an Obama administration ban on elephant trophy imports from Zimbabwe and authorized lion trophies from Tanzania and Zimbabwe for the first time since the species was listed under the Endangered Species Act. The Zimbabwe and Tanzania elephant bans had led to a 60 percent drop in the number of elephant trophies imported into the United States—a number that will no doubt rise once again following the reversal. We’re now fighting these decisions in court.

Together, the Humane Society of the United State, Humane Society International and Humane Society Legislative Fund are also pushing in Congress for the passage of the Prohibiting Threatened and Endangered Creature Trophies (ProTECT) Act, which would ban the import of any trophy of a species listed as threatened or endangered under the Endangered Species Act into the United States. The HSUS, HSI and our partner organizations have also petitioned the U.S. government to uplist the elephant from threatened to endangered under the Endangered Species Act, and there has been some progress on that front, with the U.S. Fish and Wildlife Service indicating that such action may be warranted

Botswana’s government has tried to pass off its decision to reopen trophy hunting as an attempt to resolve human-wildlife conflict, but conservation scientists warn that poorly regulated trophy hunting can actually worsen such conflict by disrupting animal groups and creating social chaos among their ranks. There are many peaceful and non-lethal ways to address human-wildlife conflict, and they don’t and shouldn’t involve trophy hunters.

Botswana’s decision to allow elephant trophy hunting has put the nation, once called the last safe haven for elephants, on the wrong side of history. But as the outcry in Canada shows, most people are fed up with trophy hunters and want more, not fewer, protections for these beloved gentle giants. President Masisi should take notice of the writing on the wall and act quickly to reverse course for his nation and its elephants before it's too late. 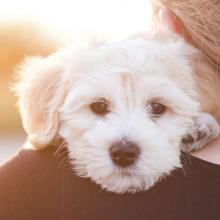 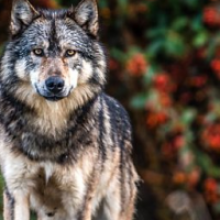 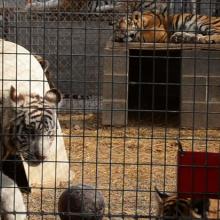 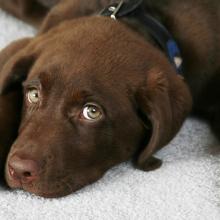 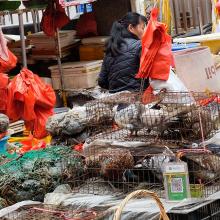