The movement to end the testing of personal care and beauty products on animals has gained unprecedented momentum in recent years, with three U.S. states, 39 countries, and more than a thousand manufacturers abandoning this outdated and unnecessary practice. Today, Congress took an important step toward ending cosmetics animal testing in all of the United States, with the introduction of the Humane Cosmetics Act.

The bill would, with certain exceptions, end all animal testing for cosmetic products and ingredients in the United States and prohibit the import of cosmetics that have been tested on animals anywhere else in the world. The United States is one of the world’s largest cosmetics markets and this bill has the potential to spare the lives of thousands of mice, rabbits, rats and guinea pigs.

Although versions of the Humane Cosmetics Act have been introduced in past Congresses, we are especially optimistic it will succeed this time because there is unprecedented support for passing it from the cosmetics industry itself. In an exciting development, our Humane Society Legislative Fund and Humane Society of the United States teams worked with the Personal Care Products Council, the leading national trade association representing cosmetic and personal care products companies, to propose language for the bill in both its House and Senate versions.

Passing a law banning cosmetics testing would put us on par with many other nations globally who have, working in cooperation with Humane Society International, already passed laws banning or limiting the use of animal tests for cosmetics, including India, New Zealand, South Korea, Guatemala, Australia and all countries in the European Union. Multinational cosmetics companies must already comply with the laws in these countries to sell products there, and, starting January 2020, they must also comply with laws banning the sales of cosmetics newly tested on animals in California, Nevada and Illinois.

This cruelty-free surge is driven by consumers who are increasingly scanning store shelves for products not tested on animals. Cosmetics producers have been only too happy to comply, and already more than 1,000 brands in North America have committed to producing cosmetics that are free of new animal testing.

When creating their products, these brands can choose from the thousands of safe ingredients already available, or use advanced scientific alternative test methods and new technologies that are often more reliable, efficient and cost-effective than animal tests. And as the global market for non-animal tests expands, new and improved methods will continue to be developed, leading to safer cosmetics without harming animals.

In recent years, our #BeCrueltyFree campaign has partnered with global beauty giants, including Unilever, Procter & Gamble, Avon and the Estée Lauder Companies, to ban animal testing for cosmetics in all major global beauty markets by 2023. We’ve worked together to standardize legislation to end cosmetics animal testing, share information on alternative testing methods, and invest in education and training for scientists.

For many of us here at the HSUS and HSLF, getting the Humane Cosmetics Act across the finish line has been a long-cherished personal and career goal. My own journey with ending cosmetics animal testing began as far back as 1988, when I worked at the Doris Day Animal League to secure the passage of state bills to require the use of alternatives to animal tests for industrial chemicals, cosmetics and other ingredients in California, New Jersey and New York as well as lobbying on important federal bills on the issue. These included measures to end to the cruel lethal dose 50 tests, where animals were forced to ingest a chemical until 50 percent of them died, and a state bill in California to ban the Draize rabbit eye test for cosmetics. In 1990, I helped draft the Corporate Standard of Compassion for Animals. This standard for “cruelty free” cosmetics was subsequently adopted by the Leaping Bunny Program rolled out in 1996 by DDAL, the HSUS, and six other animal protection organizations, working with key members of the cosmetics industry, including Paul Mitchell and The Body Shop. In 2000, I was pleased to help win enactment of the Interagency Coordinating Committee for the Validation of Alternative Methods (ICCVAM), and in 2016, to secure provisions in the reauthorization of the Toxic Substances Control Act that set the stage for replacing the use of live animals in chemical testing, as well as appropriations over the past many years to provide increased resources to make this research possible.

Cosmetics tests on animals are not only unnecessary, and ineffective; they involve serious animal suffering. Animals used in these tests have substances forced down their throats, dripped into their eyes, or smeared onto their skin, and they are left to suffer for days or weeks without pain relief. Our thanks to Sens. Martha McSally, R-Ariz., Cory Booker, D-N.J., Rob Portman, R-Ohio, and Sheldon Whitehouse, D-R.I., and Reps. Don Beyer, D-Va., Vern Buchanan, R-Fla.,  Tony  Cárdenas, D-Calif., Paul Tonko, D-N.Y., and Ken Calvert, R-Calif., for introducing this important bill designed to bring our nation’s laws into alignment with the wishes of the majority of American consumers. For our part, we promise to push with all our might and passion to make this the Congress that ends the ugliness of cosmetics animal testing.

Please take a moment to reach out to your legislators and ask them to support this important bill! 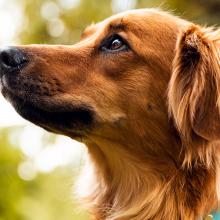