Provisions for funding programs to protect wild horses and burros, gray wolves, animals used in research and testing, as well as elephants and lions, who are commonly the target of American trophy hunters, were among several animal welfare measures approved this week by House appropriations subcommittees, as Congress continues its annual process of funding the federal government.

The subcommittees also included funding to stop the dangerous exploitation of wildlife and protect the world against future pandemics. The coronavirus is thought to have originated at a wildlife market in Wuhan, China, and since its emergence the Humane Society family of organizations has been warning about the need to end such markets where live wild animals are sold and slaughtered.

Measures in two separate bills approved this week by the subcommittees covering funding for the U.S. Department of the Interior, the Environmental Protection Agency, and the Department of Transportation would:

Reinforce congressional commitment to protect wild horses and burros. The  bill includes additional funding for the Bureau of Land Management’s (BLM) Wild Horse and Burro Program with a commitment by House appropriators to continue to work with their Senate counterparts and the agency to fund and implement a non-lethal management program. We will work with appropriators to ensure that scientifically-proven, safe and humane reversible fertility control tools, which do not include surgical sterilization, are used as the main management tool for these animals. The bill also includes vital language protecting healthy wild horses and burros managed by both the BLM and U.S. Forest Service from being sent to slaughter and/or being killed.

Maintain ESA protections for gray wolves. The bill directs the U.S. Fish and Wildlife Service (FWS) to carefully analyze state management plans for wolves and establish stringent enforcement to ensure adequate protections will be in place before it removes a species from the Endangered Species Act (ESA) list. The bill also rejects cuts in the administration’s proposed FY 2021 budget to the Wolf Livestock Demonstration Program, which provides grants for livestock producers to undertake non-lethal activities to reduce the miniscule risk of livestock losses from wolves.

Protect the world against future pandemics. The subcommittee directs FWS to use additional resources provided in FY2021 to work collaboratively with international partners to stop dangerous wildlife practices that threaten global public health.

Fund wildlife protection programs. The bill seeks to correct years of funding cuts for implementing the ESA, the landmark statute critical to protecting imperiled wildlife. The FWS’s main program for on-the-ground activities to protect and recover ESA-listed species got a boost of $12 million above last year—$34 million over the administration’s FY 2021 budget request. It also increases funding for the Multinational Species Conservation Fund, to protect iconic global species such as elephants and great apes, by $4 million from its FY2020 level and by $13 million from the administration’s FY2021 proposal.

Continue research into animal testing alternatives. The bill provides level funding for the Environmental Protection Agency’s (EPA) Computational Toxicology Program, which develops replacements for traditional animal tests, as required in the 2016 reauthorization of the Toxic Substances Control Act, and directs the EPA to continue its research into these important areas, which will help support the agency’s commitment to ending testing on mammals by 2035.

Restrict trophy hunting. The United States has long been the world’s largest importer of hunting trophies, including trophies of federally protected imperiled species. The bill prohibits the FWS from allowing the import of such trophies of lions or elephants from Zambia, Zimbabwe or Tanzania, where the populations of these animals have declined to unsustainable levels.

Invest in road safety for wildlife. The bill includes significant funding for the Department of Transportation to implement the INVEST in America Act that, among other things, facilitates grant programs and planning directives for new wildlife crossings or alternate routes around roadways for wildlife. This would mitigate both human and wildlife fatalities every year due to vehicle collisions.

We are especially heartened that members chose to fund these measures at this time, demonstrating how important animal welfare issues are to the American public. And we are grateful to the many legislators who championed these provisions and to subcommittee chairs and ranking members for their leadership in seeing them through. We will be pushing for each one of these to make it into the final appropriations package in months to come, ensuring that animals, and protecting them, continues to be a priority for our nation.

Bills introduced in Congress to stop faster speeds at slaughterhouses 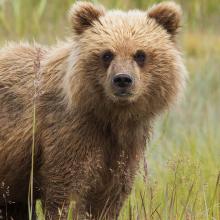 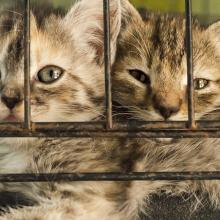 Indiana woman who shared videos of herself torturing, killing cats and dogs…