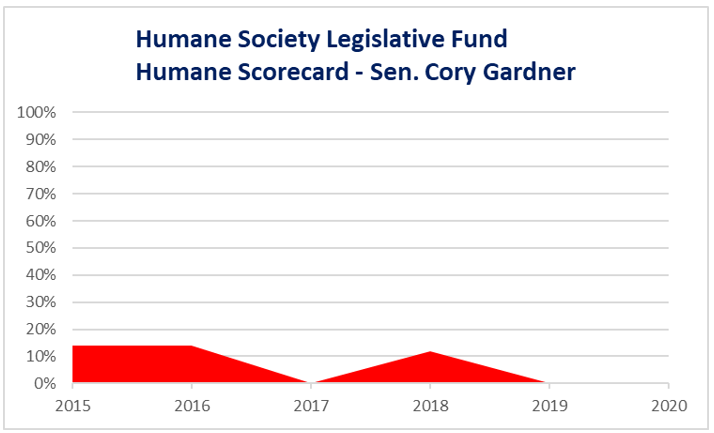 In the current session, Gardner repeatedly let animals down, including:

“We trust John Hickenlooper to be an effective voice for animals on behalf of the Coloradans who love them, and we encourage voters to back his election to the U.S. Senate,” said Sara Amundson, president of the Humane Society Legislative Fund.

The Humane Society Legislative Fund is a social welfare organization incorporated under section 501(c)(4) of the Internal Revenue Code and formed in 2004 as a separate lobbying affiliate of The Humane Society of the United States. The HSLF works to pass animal protection laws at the state and federal level, to educate the public about animal protection issues, and to support humane candidates for office. Visit us on all our channels: on the web at hslf.org, on our blog at hslf.org/blog, on Facebook at facebook.com/humanelegislation and on Twitter at twitter.com/HSLegFund.

Paid for by Humane Society Legislative Fund and not authorized by any candidate or candidate’s committee. HSLF, 1255 23rd Street, NW, Suite 455, Washington, DC 20037.