Missouri moves to close down a serial puppy mill offender

A notorious breeder in Missouri who has been featured five times in our annual Horrible Hundred report on problem puppy mills may be closing down her operation, even as the state’s attorney general is moving to take legal action against her for mistreating the dogs in her care.

Debra Ritter of Cornerstone Farms, aka Beginnings Ranch, has been in our report for severe problems at her kennel, including injured and underweight dogs, dogs with missing fur and skin lesions, sick puppies and excessive feces and odor. Cornerstone Farms has also been a source of repeated consumer complaints and media exposes for more than six years. But Ritter continued to carry on business as usual, thanks in part to the inaction of the U.S. Department of Agriculture, the federal agency tasked with ensuring that businesses that use certain kinds of animals are not mistreating them. The only reason she is now being held accountable is because of the stellar work being done by Missouri Attorney General Eric Schmitt’s office.

Schmitt’s office has, in recent years, been taking action against some of the worst puppy mill offenders in what is one of the biggest problem states in the United States for puppy mills. Last year, the state took action against four other puppy mills that had appeared in our Horrible Hundred reports, including Cory Mincey’s Puppy Love Kennel, which had violations for sudden deaths at the kennel, severely underweight dogs, filthy conditions and other egregious violations. (Mincey still sells AKC puppies online as “Cory’s Cuties” despite the pending legal action, and we hope that the attorney general’s office will move to ensure she doesn’t continue to profit off suffering animals.)

Contrast Missouri’s actions with a problem we have increasingly been highlighting on this blog—the failure of the USDA to throw the book at breeders like Ritter and Mincey who repeatedly break the law.

In her 2018 book “The Doggie in the Window,” author Rory Kress documented that on August 8, 2016, the USDA found zero non-compliant issues during an inspection at Ritter’s facility. Yet on that same day, state inspectors found 12 violations, including repeat violations from an earlier inspection that had still not been corrected, such as an underweight dog, dogs with loose stools and missing fur, and more.

The USDA has documented a few violations on Cornerstone Farms’s inspection reports, but has typically tended to downplay the seriousness of the violations. For example, an Oct 2019 USDA report listed only a single “indirect” violation for “cleaning, sanitation, housekeeping and pes control” due to dogs with fleas. On the other hand, the Missouri Department of Agriculture documented five straight years of state violations for issues such as lack of veterinary care, unsafe housing, filthy conditions and dogs with bloody diarrhea, and noted very specific issues with fleas and other pests again and again.

Read all of our past Horrible Hundred reports.

The USDA’s lack of action is not surprising to those of us who have been calling attention to the sharp drop in enforcement actions taken by the agency under the Animal Welfare Act—a drop of over 90% over the past three years, since the Trump administration took office. Citations over the same period are down approximately 60%. The USDA appears reluctant to cite even the most problematic violators, and when they do, they list violations for half a dozen or more sick animals under a single citation. The federal agency cites business owners who do not make their properties available for surprise inspections for “attempted” inspections but fails to take any real action against them, allowing even violators with egregious violations to continue doing business selling puppies, as Ritter was.

The USDA is now considering a rule that would tighten licensing requirements for offenders, but even if that rule is finalized, we still need the agency to actually enforce the law.

Missouri too still has a long way to go on puppy mills. The state has had more problem puppy mills in our Horrible Hundred report than any other state for all seven years we have produced the report. And every year, lawmakers in the state have introduced legislation to further weaken Missouri’s regulations on puppy mills, with bills that make it harder for law enforcement to seize dogs in cruelty cases, or block certain animal control officers from inspecting the facilities or applying for warrants. There are also a few other flaws in Missouri’s enforcement that we hope the state will address, like allowing breeders who are closing after being cited for grave violations to sell their dogs to other puppy mills or give them to family members who continue to breed. We hope this won’t happen in the current case, and that the breeding dogs who have lived for too long in misery will finally be released to a reputable, licensed shelter so they can be adopted into loving homes.

But for today, we applaud Attorney General Schmitt for taking action against Ritter and other problem puppy mills. It is not too much to expect that companion animals, who many Americans consider family members, should be guaranteed basic standards of care and protection by the businesses that breed them. We urge the attorney general to keep up the momentum for change and continue protecting companion animals in his state. 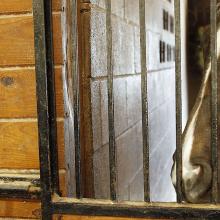 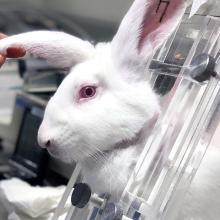